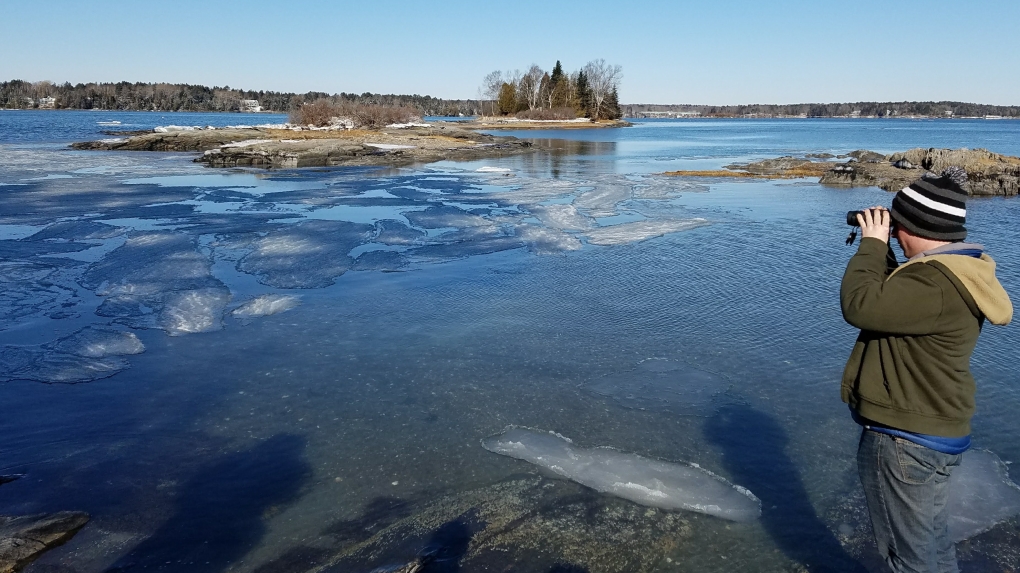 Another weekend, another birding trip! Yesterday, we drove out to Bowdoin’s Coastal Studies Center to explore the beautiful island trails and search for seabirds. The only catch—it was SO COLD. As in, I’ve never been outside in such low temperatures without wearing head-to-toe ski gear! I think it was 4°F when we left and maybe 11 when we returned to campus three hours later. Crazy! I think the inside of my nose was starting to literally freeze.

But what a lovely morning otherwise! Trails were walked, birds were seen, and TRACKS WERE FOUND! If you read my last post, you know we had a few inches of fresh snow on Thursday. And that means perfect tracking conditions! It couldn’t have been much better—the snow was just right, the sun was out, and we were in a place frequented by a variety of animals. Here are a few of the ones we saw—can you name them all? Stay tuned to find out in my next post!! 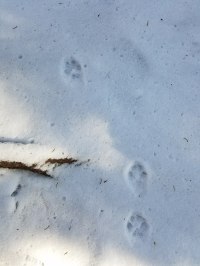 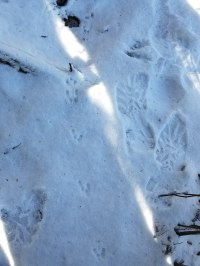 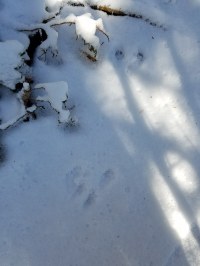 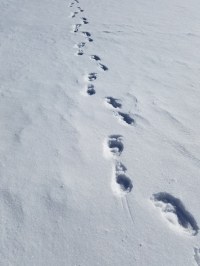 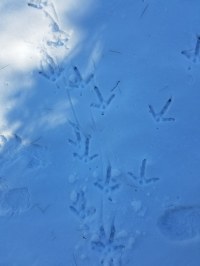 It was also mesmerizing to see ice in the bay. To take my mind off the fact that my ears felt like they were freezing off, I watched these massive ice floes drifting and undulating with the waves. As someone who’s never seen an icy ocean, everything about it seemed very magical and unearthly in a weird way. To all my west coasters, I promise the cold is worth the views! 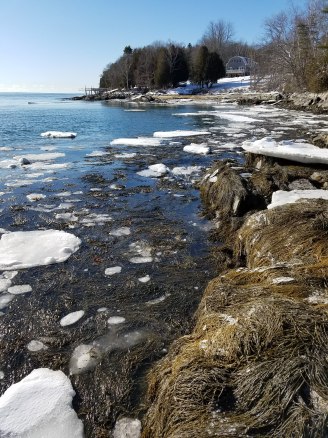 It’s also crazy to watch birds bobbing and diving in the frigid waters. Makes you wonder what it’s like to be one. My friend James was telling us a story about someone who once rescued and thawed dozens of starlings that, having bathed in some warm water, had frozen to / on their perches after exiting the water.

Living in New England is so wild—I can’t imagine having to deal with these temperatures and frozen car doors and icy paths my whole life. But although I don’t think I’d want to live here permanently, I’m finding that there really is so much beauty to snowy winters. Definitely more sunny days here than back at home, which seems counterintuitive. Just make sure you’re wearing enough layers!!