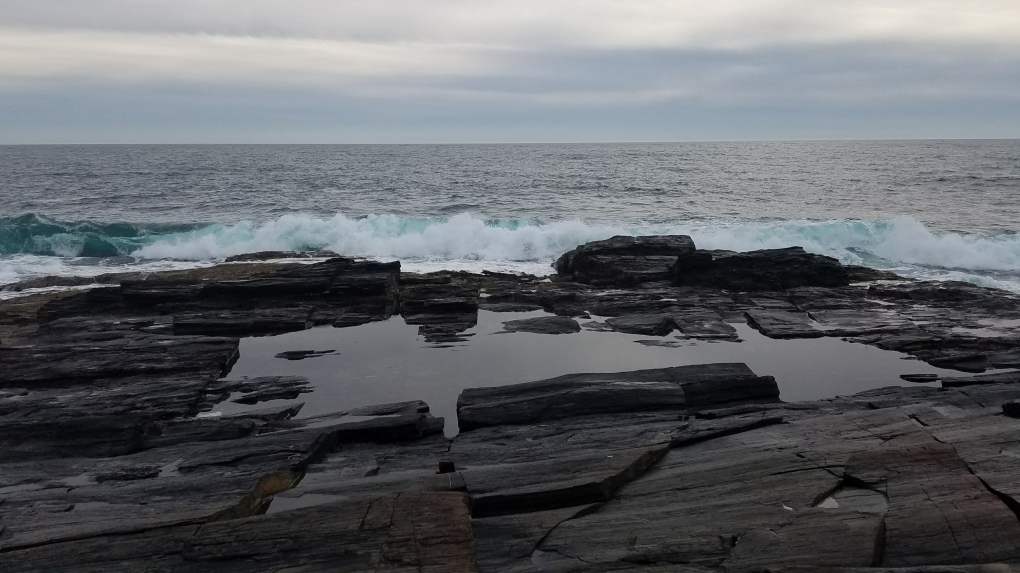 This morning was supposed to be about birds, but for me, it ended up being about oceans. Five other birders and I drove about an hour south of campus, stopping in Portland for gas, too, to Two Lights State Park (the two lights, it turns out, are lighthouses—also, I wanted to use all the homophones of “to” in a row).

I wasn’t entirely sure what to expect: would we be birding inland? Overlooking the water? In a little cove, maybe? When we pulled into the muddy, largely empty parking lot, I caught a glimpse of ocean beyond a large hill (east coast mountain!) which we later discovered was a WWII bunker (east coast history!). Side note—it’s been unusually warm the past few days, by which I mean above freezing. Shorts weather! Which is mostly a good thing, except it turns out that melting snow just makes a puddly mess of everything.

Anyway, we squelched across the parking lot and down a short path, emerging very suddenly onto a stunning, rocky coastline. There she was—the Atlantic!—in crashing, turquoise glory, and I was Not emotionally prepared. Something about seeing open ocean after such a long time—months? years?—brought literal tears to my eyes. Thankfully, my fellow birders had already started scanning the waters for seabirds and were occupied with setting up a spotting scope, a $4000 piece of school equipment—thanks Bowdoin!

I didn’t expect to get hit so hard with this tide of feelings, but I guess it reminded me of growing up in California, where my family and I spent many a weekend at the beach.

After moving to Washington, the drive to the Pacific became three hours, (no, the Sound really doesn’t count) so I’d only seen the open ocean a handful of times in the past eight years.

So there I was this morning, all thoughts of eiders and long-tailed ducks gone as I stood on the black rock, taking in the unfamiliar—yet oddly familiar—jagged coastline, white waves crashing across the layers of folded stone.

I raised my binoculars to my eyes to study the shocking blue underbelly of each cresting wave, a pattern both predictable and not. The horizon cut so sharp and clean across my field of vision, but at the same time, it was strange not to feel mountains at my back or see an evergreen blanket over the land. Strange to think that I was facing east and not west. 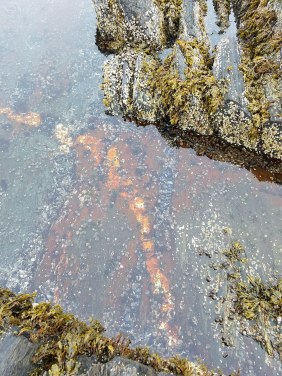 Don’t get me wrong, I did end up seeing a good number of birds, many of which I’d never seen before! Some familiar feathers also showed up, especially a flock of harlequin ducks, which by the way are REALLY pretty ducks. (Ducks are underrated!!!!)

But it was definitely hard to focus on the birds when I kept having flashbacks to madrona trees and overcast Santa Cruz mornings. This much I know: the coast will always take me back to my California days, always inspire me to write angsty poetry, always bring a lil tear to my eye.